The chow chow is one of the dog breeds that originated from China. Its name means puffy-lion dog which is attributed to the dog’s unique appearance. The chow chow is commonly kept as a pet but can be an aggressive breed so if you are looking for a chow chow rescue from the animal shelter you should read up on the dog breed before you do so.

The chow chow is a medium-sized and sturdy dog characterized by its dense double coat. The fur around the neck is particularly thick. Another characteristic of the breed is its unusual blue-black lips, tongue and oral cavity. Their tails are covered with thick fur and are usually curled on the back.

A chow chow rescue from the animal shelter or the kennel became homeless because their owner could not take care of them anymore. Most animal shelters do not give out aggressive chow chows for adoption so you can take comfort that you are not going to get a fierce dog. Chow chow that have undergone proper socializing have no problems with chow chow rescue as they will adapt to their new owner. Some people say that adult chow chows are easier to train than puppies because they are more obedient, have longer attention spans, and are more settled. Adult chow chows are easier to adopt because most of them are already housebroken and do not require as much exercise as puppies do. These dogs are also immunized against rabies and have been de-wormed. Chow chow puppies need a series of expensive immunization shots and procedures before they are deemed healthy. Some adult chow chows have been spayed or neutered and being spayed or neutered makes them more docile than their counterparts, and it can save you a few dollars if you are thinking of having it done on the chow chow you are planning on adopting.

Before you consider a chow chow rescue, keep in mind that this breed is only suitable for experienced dog owners. They are fiercely protective of their owners and personal space. Chow chows sometimes bite strangers and attack small animals because of their aggressive nature. However, chow chows are not particularly active so they are suitable for apartment living. They just need a short walk every day to fulfill their exercise requirement.  Some people would say that they have the nature of a cat. They need to be kept on a leash when they are taken out for walks. 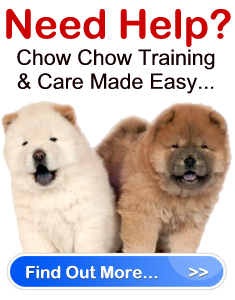